InPlayer is proud to announce that King of Kings, one of the most recognizable brands in kickboxing, will return to live action from Sarkoy, Turkey on Saturday, August 11th, 2018 starting at 8:00 pm CEST (9:00 pm local time).

KOK makes their debut in Turkey, making it already the sixth country King of Kings has visited this year. The event features some of Turkey’s strongest fighters against a host of international talent from such countries as Iran, Uzbekistan, Iraq, and Azerbaijan.

In the main event, heavyweights collide as Umid Namuratov of Uzbekistan meets Turkey’s Sinan Cagala. Neither one of these two gargantuan heavyweights mind slugging it out, so don’t be surprised if this one doesn’t last long. Also, the ladies of KOK will be in action when Malihe Mardi of Iran takes on Turkey’s Irem Capar at -60 kilos. Capar brings a lot of Muay Thai and kickboxing experience to the table against Mardi, a very accomplished and well-traveled fighter in her own right. All fights are under KOK kickboxing rules.

The full action will be streamed live at the following link: http://kokfights.tv/videos/kok-world-series-in-turkey/ 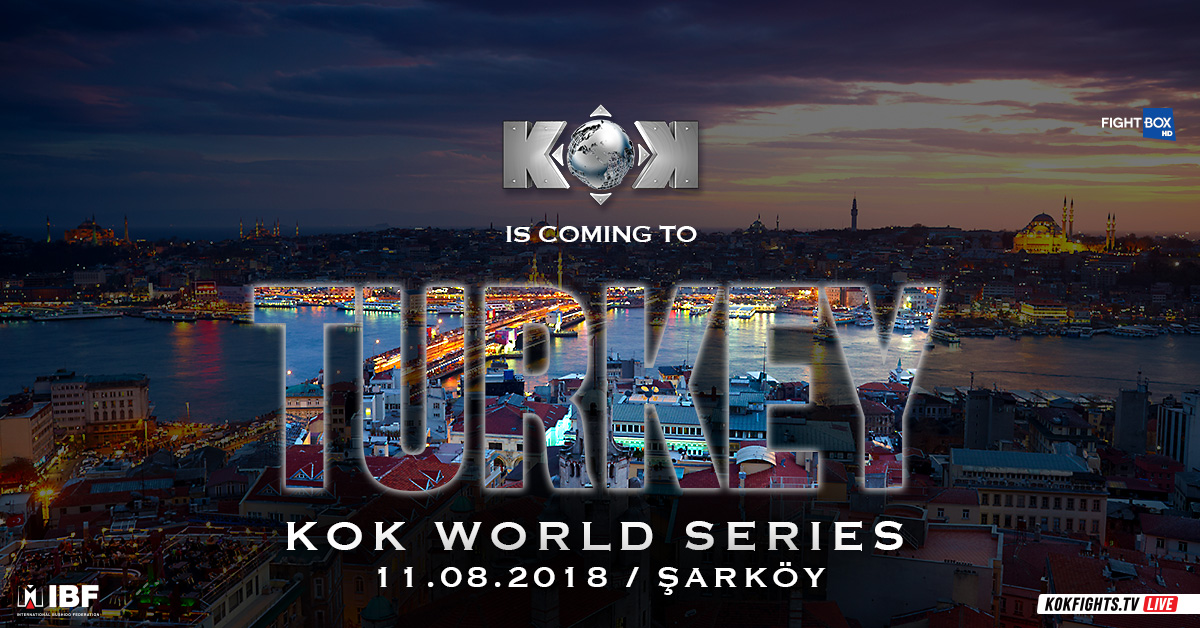