Bringing together two genuine pop culture phenomena, celebrity roasts, and RuPaul’s Drag Race, Haters Roast is the sharpest-tongued comedy show on the block. No subject is off-limits as some of the biggest stars in the drag queen game take to the stage to dish out their shadiest insults – but all in the best possible taste. Fans looking for the next Haters Roast tour dates, especially those brave enough to sit in the front row, should, therefore, expect a no-holds-barred night of entertainment like no other.

The Haters Roast first hit the road in 2017, in between the ninth and tenth seasons of RuPaul‘s Drag Race. The much-loved reality show aims to find America’s next drag superstar via a series of fabulous challenges. Those who preside over the contest are the ultimate drag queen herself, RuPaul, with the likes of Michelle Visage, Carson Kressley and Ross Mathews serving as regular judges.

Initially, a cult concern, RuPaul’s Drag Race is now a massive hit with both the LGBT community and the mainstream. It achieved the highest ratings in the Logo network’s history, has spawned numerous spin-offs and in 2016 won an Emmy Award for Best Reality Show Host. But, of course, it’s the contestants which make the show what it is.

Haters Roast welcomes numerous former RuPaul’s Drag Race competitors to compete in a battle of the zingers, including three winners. There’s Jinkx Monsoon, the fifth season victor whose eight-week stint at the top broke the show’s record; Alaska, who finished runner-up to Monsoon but later won the second season of RuPaul’s Drag Race All-Stars; and Bob the Drag Queen, the first-ever African American contestant to pick up the coveted crown.

This July 26th, Friday, at 8.30 PM at the Hulu Theater of Madison Square Garden, the audience should expect plenty of brutal and barbed adult humor as the all-star cast tear each other apart for fun live on stage while also tackling subjects as varied as social media, politics, and love. Murray & Peter stage the show, which also features a 20-minute intermission to allow audiences to get their collective breath back.

Don’t miss any of the roasts from the comfort of your own home, only on the following link: https://www.dragfans.com/ppv-access/ 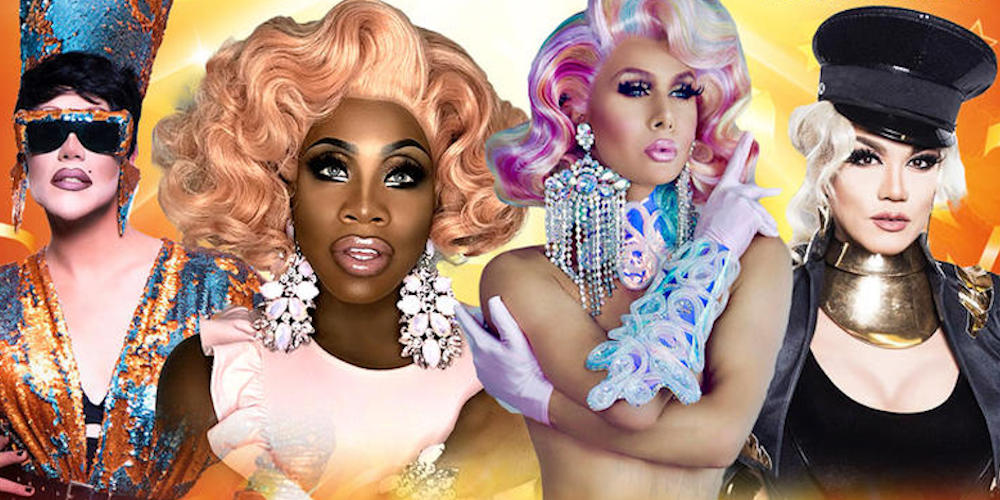