EAGLES FC (Fighting Championship) the new unique Moldavian combative project which will pass by rules MMA.
The name EAGLES is given the project not incidentally. In the translation of EAGLES means eagles. The symbolics of an eagle is shaped through a prism of centuries.
And as all know the Eagle it is a symbol of freedom, valor, and courage. The eagle is located not gift on the coats of arms of world powers.
Presently an example of courage is fighters thanks to whom the country colors with honor are hoisted on the world scene.
Marking about a victory not only the fighter of the participant but also all country. Famous fighters and beginners will take part in the new EAGLES FC project as already all, which names will only start being lit on the arena of glory.
Don’t forget to tune in and watch the tenth iteration of the eagles spread their wings in the Manej Arena in Moldova, Chisinau on November 3rd, 2108 on the following link: https://feafights.tv/eagles-10-november-3rd-2018-chisinau-manej-arena/ 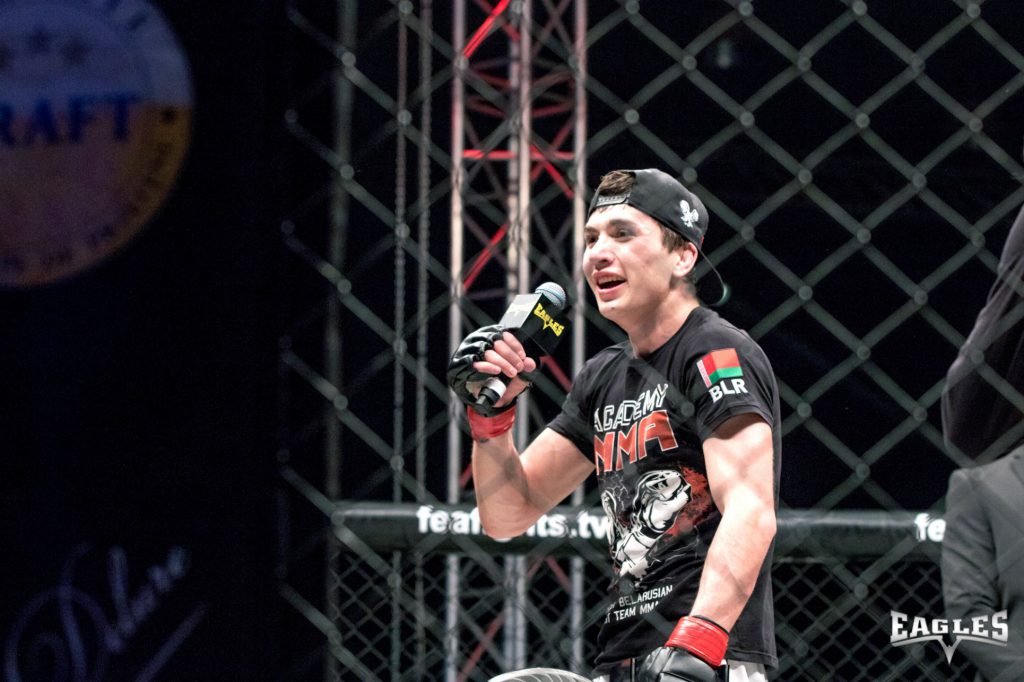