Main and Co-main events of the EAGLES NEXT LEVEL tournament were announced, the holding of which is scheduled for February 15, 2020!

Main Event: For the first time in the history of EAGLES FC, the reigning champion in the under 66 kg category, Valeriu Mircea, will challenge the title fight of 70.3 kg category to the drummer from Armenia Martun Mezhlumyan. Note that exactly a year ago Mircea won the title EAGLES FEATHERWEIGHT CHAMPION in the battle against Andrey Barbaroshe. And a year later, he will try to win the title in the category above.

Co-main event: February 15, 2020, we will see the long-awaited title revenge of Barbu against Syrbu in the category up to 61.2 kg. This fight will be a chance for Mikhail Syrbu to regain the title of the absolute champion. Well, for Barbu, the upcoming fight will be a real test in which he will try to keep this title. Also in other fights, we will see the confrontation of the young Moldavian knockout Petru Buzdugan against the Ukrainian Oleg Panchenko. And in the women’s category EAGLES women`s strawweight, the representative will challenge the right to win the Republic of Moldova Donna Kel and the representative of Azerbaijan Tunza Imanli.

Tune in on February 15th and watch the action LIVE, only on the following link: https://feafights.tv/eagles-next-level-15-02-2020/ 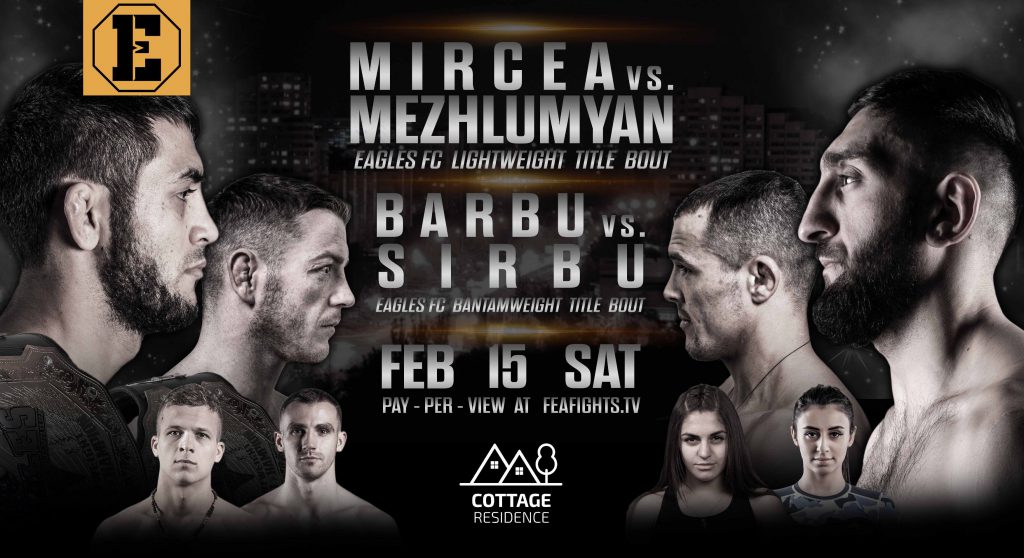