“Acid folk” was born in an old garage off Clinton Avenue in Toronto, concocted by Tom Wilson from Blackie & the Rodeo Kings, a few Cowboy Junkies, and some Skydiggers. Allowing bass, hypnotic rhythms and a lot of groove into their songwriting circle, the artist collective Lee Harvey Osmond created a sound that would creep out of the Northern woods and across the Great Lakes into the South, the same way The Band did forty years before them.
Blue Frog looks forward to a return appearance by the eminent and hirsute Steeltown reprobate, Lee Harvey Osmond, aka Tom Wilson aka One of Three Rodeo Kings, aka that large, melodic growling man from the former Junkhouse. Stylized as Lee Harvey Osmond, LHO is a Canadian psychedelic folk project of musician Tom Wilson. The act first took shape with Wilson in his Lee Harvey Osmond persona, backed by Michael Timmins of Cowboy Junkies and Josh Finlayson of Skydiggers.
​
When Tom Wilson created the moniker Lee Harvey Osmond he wasn’t entirely certain if this was a new stage name or merely a provocative handle for the musician/artist collective assembled by producer Michael Timmins to record a collection of Tom Wilson songs that would become “A Quiet Evil”. This was the first of four albums bearing the featured artist Lee Harvey Osmond. “The Folk Sinner” was next, followed by the break through “Beautiful Scars”. It was during this time between releasing “Beautiful Scars” and recording “Kings and Kings” with Blackie and The Rodeo Kings that Wilson went public with his recent discovery. He was not exactly the person he thought he was.

Fetch your pass and don’t miss the show, this Friday at 9 PM PT: https://www.bluefrogstudios.ca/live-streams.html 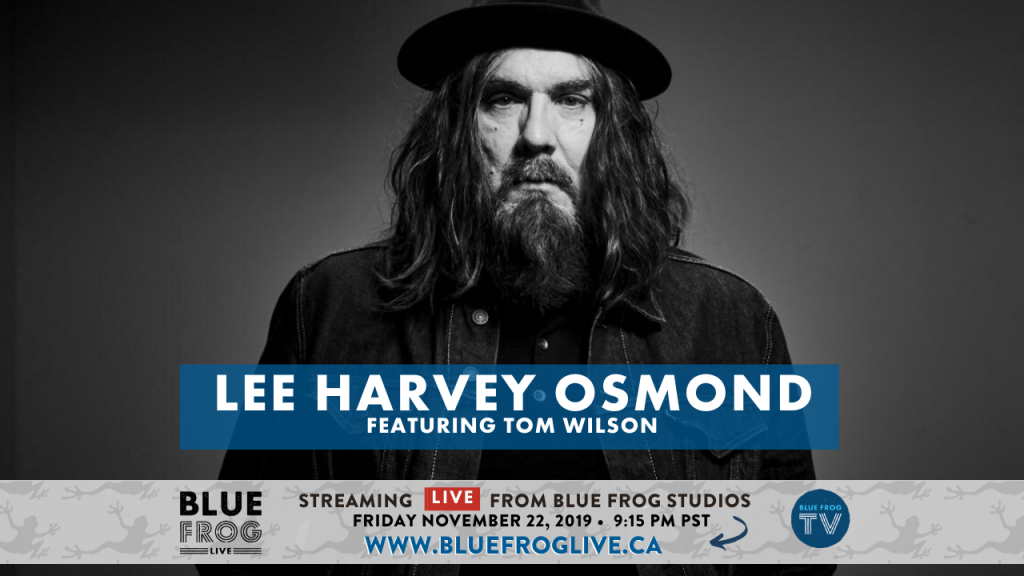